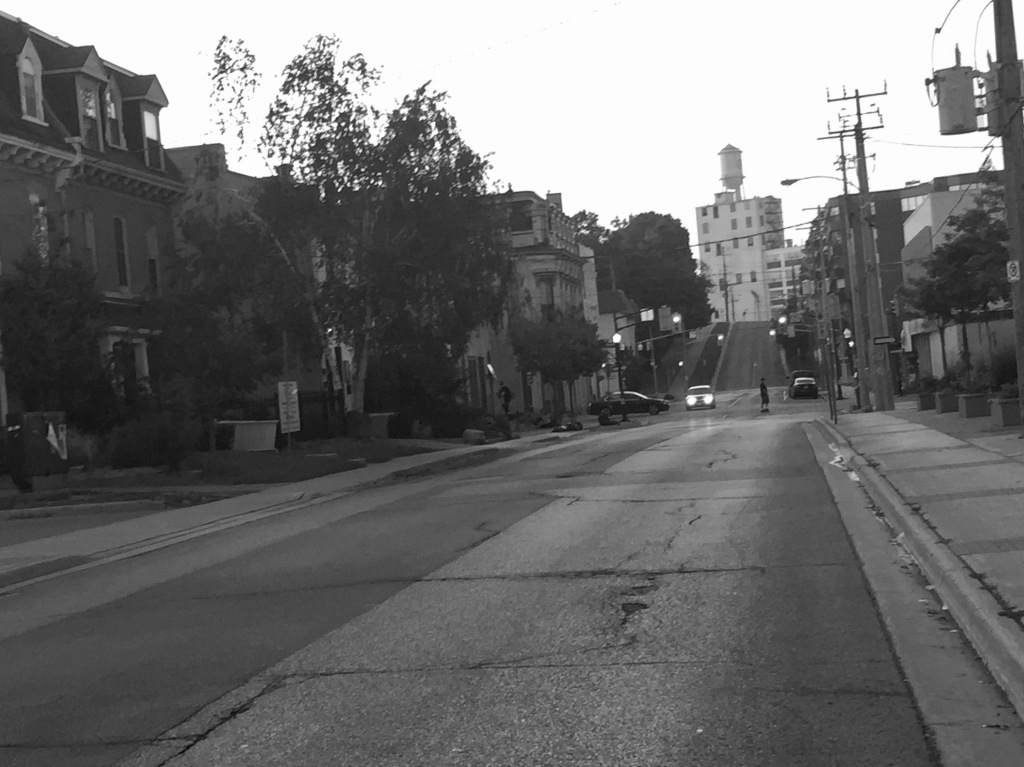 No monuments or landmarks guide the stranger[1]

a transit stop, a hundred and twenty five kilometres
northeast of Toronto, staggering, from its root veiled
in heaped snow, upwards to the stinging icy skies,
next to a couch in the middle of the sidewalk,
forced from its home on Aylmer Street, slumping
in the centre where Mason sat playing video games
before his Mom told him she’d cut the cord
if he didn’t finish his dinner, but it was only Kraft Dinner,
and his face too stinging like the fine tiny particles
nobody sees but always feels in the freezing air, there he is
now, further than the stop, and the couch, with a bunch
of locals hanging by Otonabee River, skates hanging
from gloved fingers, then they’ll take the bus; the Chemong
past retirement homes to Walmart, or the Monaghan past
the institutions of mental health, or the George North
for the elementary schools, but not Nichol’s Park where rich
white houses are, far, far, far from the centre with its frat
house, drug mart, bars and Bata Library where students
work relentlessly on their mid-terms, far far far
from anywhere, the only landmark, a hundred and twenty
five kilometers northeast of Toronto; a transit stop.