TRIGGER WARNING: Brock Turner is a fucking rapist, but as this article will try to outline, still a human being.

In the aftermath of Brock Turner’s release, a man who sexually assaulted an unconscious woman behind a dumpster, outrage and total condemnation for the early release have flooded the internet. The Jury suggested 6 years in prison for the rape, the judge sentenced him to 6 months, and Brock ultimately served half of that. Armed citizens are staking out Brock’s house, and the fourth suggestion that comes up when one googles Brock’s name is his address. 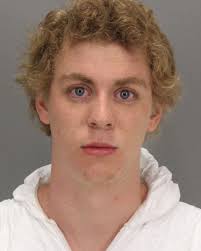 The question on most minds seems to be how to punish Brock Turner to make up for the massive inefficiency of courts in dealing with sexual assault cases (see Ghomeshi, Jian). According to the Rape, Abuse & Incest National Network, an American anti-sexual violence organization, 344 of every 1,000 cases of rape are reported to police, 6 of which will see the accused incarcerated. When compared with the same sample size of assault and battery crimes, six times the amount of accused will face incarceration.
What people are asking for is that rape cases be taken seriously, and punished under the law. Until the justice system corrects this serious flaw, people will protest and advocate on behalf of victims. However, there is very little that is more unsettling than vigilantes inflicting their own sense of morality on the world in which super powers and secret identities are replaced by semi-automatic weapons and the anonymity provided by the internet.

Vigilante justice is off the table, but the question being ignored is the philosophical one that underlies that criminal justice system: Deterrence v. Prevention.

The Justice system in North America in general has been a failure and a talking point for those critical of the status quo for the better part of the last half century. In 2005, it was discovered that close to 60% of those imprisoned would re-offend within the first year of release. Despite how dated this statistic is, due to lack of radical form in how North America treats those who transgress its’ laws, there is little reason to believe that this stat has reversed.

Concurrently, there is very little evidence that placing a rapist in a prison environment, where reported rapes occur at a rate more than twice of outside prisons, would reform him because 99% of rapists are men. There’s a lot of work going on outside of prisons to combat rape culture through organizing consent workshops and an unprecedented public conversation about the nature of sexual violence. What’s being neglected is how we treat those who do commit this act.

Some key lines of thought on criminal activity such as drug abuse or domestic violence is that these acts are often rooted in past trauma or exposure to the acts in question. These are not questions being asked within any community. The tone and message on rapists and committers of violence of a sexual nature is based on personal responsibility of the perpetrator in question. This is a very familiar tone to that of one directed at drug addicts, attributing actions to a particular moral failing.

It helps to take note of the values that western nations hold dear. We are all liberals, not the party with the feminist leader, but traditional liberals. Traditional liberalism entails the enshrinement of private property, otherwise known as the “get off my lawn clause”. The other part of it is the protection of individual liberty, or the freedom from violence. When this is violated it goes against the very tenets that the Western world has been built on. This in turn explains the differing ideas of how to treat criminals.

To clarify, sexual violence is gross, but the void of debate about whether the North American prison system should throw rapists in the jail cell and bury the key or attempt to treat and reform is worrisome. In Indonesia, those who are convicted of raping a child are chemically castrated. This obviously is not way to prevent the act of rape. The other side of that spectrum will require treating rapists like humans, and their actions as causes of mental trauma in the past that they need help with addressing.   To be clear, personal responsibility is something that people who commit crimes must take, and the way Brock Turner and his father acted during the trial did not communicate a remotely comprehensive understanding of how wrong the crime was.

Human beings reflect the environments that they are raised in, the deplorable “20 minutes of action” comments deposited from a cesspool of ignorance into the public discourse by Brock Turner’s father shine a light on how his son got to this point. The father of the Orlando shooter’s belief that “God will punish the gays” illuminated what kind of homophobic conditions Mateen grew up in. This does not absolve either of the crimes they committed but it should give us pause to think about the potentiality of rehabilitation.

Thought about rehabilitation should be based on the idea that upon entering the world, all people are blank slates from which values and norms are placed upon them; no human is inherently good or evil. Donald Trump, under other a different set of conditions, might have been modest cobbler in the Upper East Side. If we can build a human like Brock Turner, then it is also possible to reconstruct Brock into someone who has a grasp on the gravity of his crimes.

The ever-present issue with issues of this nature comes down to asking the public to spend money on what feels like the lone bipartisan issue: convicted rapists are bad. Of course the alternative is harsher penalties with the subconscious hope that those who are sent to prison stay there forever (get killed in prison), or are never released (life sentences for rape). It’s possible that the decision has already been made and that North America is marching towards punishment over rehabilitation, but it seems to have been done so without an honest discussion.