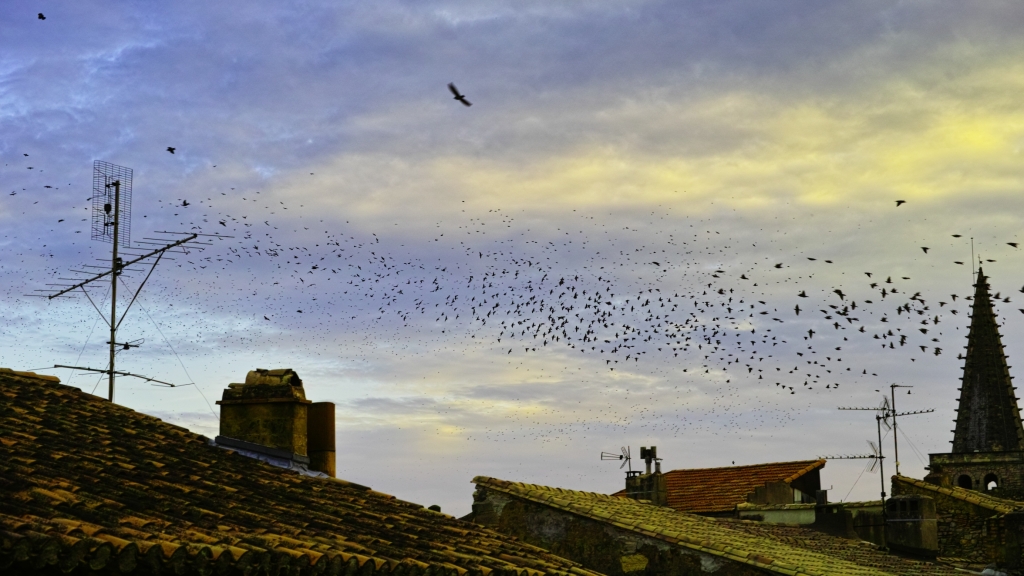 Season of Migration won the second best short film award from the International Lions Film Festival recently. And I thought it had to be mentioned on this site for some film lovers out there. The film for me perfectly depicted our parents’ loss of innocence. It tells the story of a small village teacher waiting for his placement to the big city. The film works its way through giving the viewer images of the teacher’s life in the village, focusing mostly at his home and school. The film mostly screens the essential musts of life which we all can relate to, like the bitter feeling of waking up early for work and getting sick from cold and crouching to our mothers for serenity. The metaphorical shots such as the marbles under the teacher’s bed or his mother looking out of her window seeing a white pigeon flying away are all spoilers of sorts. And I personally enjoyed those the most, although watching them left me with questioning thoughts. Since the film cannot be seen online yet, I will go ahead and give spoilers of this 15-minute-long short film.

Caring is sharing; however most would agree, caring is a burden that most of us can’t bare to handle on our daily lives. Isn’t that what is happening right now with the world? Isn’t this what Europe has been struggling with for many years now? Don’t we all get a little sad when we see an immigrant child on the street; however much we care, we refuse to share our land and goods? Season of Migration answers bigger questions than itself such as, ‘Why we are unable to share even though we care so much?’. Or I don’t know, that’s just what made me think of.

As someone whose parents are both teachers, the movie affected me on so many levels. I must say, I cried a little too. The most influential part of the movie was the end. I will probably remember the closing scene forever, whenever I think of leaving behind some people who are less fortunate than I am. It’s not that I am saying I will be always leaving people behind to achieve my higher goals but that’s just the way life forces its way to you, isn’t it? There are always people less fortunate then you are and you will always cross paths with them- you can’t always hold their hand and help them. It is different for the teachers though, since their job is to not only to work for themselves but for their students too.

We can discuss what a teacher should be and should do for their students for hours. And probably we will all agree on the fact that students’ rights to learn comes before the teachers’ personal goals. Whoever watches Season of Migration might blame the teacher for not caring as much as he should have for his students, perhaps has never been in a situation similar to his. Those who have had an easy life – by which I mean, received a relatively good education in a secure home with supporting parents and worked their way to their jobs through their achievements in academics – might not understand the process of letting go of their past lives in search of a better future.

Some might disagree with me, but I believe when you dislike the environment you are in and unhappy with your situation, you care less about others around you. That’s what’s going on with the teacher in the film I think. As a white female with the privilege of education behind me I felt angry at first but then with a little bit of empathy I could understand why the teacher did not care as much as he should have for his students. In the wider world, his village was lost. He had a bigger vision for himself: the big city, a better school, a warmer class. Perhaps I loved this short film just because it showed how selfish a human being can be; when he wants things for himself he does not put others around him in to the equation. Only the traveler moves, the places don’t. Only the travelers can make something out of places they go. And only the travelers leave behind dirt thinking they might never be back.

The film starts with the teacher on a horse-carriage entering the screen from the right and disappearing slowly while the camera refuses to focus on the car, making sure that the viewer also takes in the landscape. A feeling of emptiness surrounds the viewer; we form a connection with the teacher, empathising with him as someone who is fed up with life in his current school. The aesthetics of the film are great and contribute to the feeling of remorse that the observer will leaves with.
“He leaves Germany for a life here! There are people who would give anything to live there then here”
“His mother was sick, that’s why he came back.”
“Anyhow, that kind of a life is not something to give up for.”

This little dialogue between the teacher and his mother is a scene where the viewer truly meets the teacher’s ambitions and the way of thinking of life. He does not value the importance of his mother’s presence. He values the lifestyle that Europe promises, similar to his dreams for the big city.

The teacher shows no emotion of regret or worry in the film, which is a brilliant choice of the director. Even in the final scene, where he is waiting for his bus with his brown old leather luggage to the big city, the camera refuses to focus on his face. This was a perfect scene, shot in a wide angle, the teacher looking like a dropped pin in the middle of nowhere. The bus taking the teacher away, leaves the landscape image emptier. Nor does the face of the teacher matters in the bigger picture or his students in the village.

The short film’s posters read a famous poem ‘What Is Life Mother?’ from Yusuf Hayaloglu:
“I never had a slingshot, mother
Neither did I hunt birds
Nor did I break anyone’s window glass
Although I wasn’t a well-behaved child very often
I never broke your heart, I always bended my neck
All along my life
I only shot myself”

The poem ends with these words “why did you bring me into this life mother?”
I ask the same question to myself and to my parents maybe too many times. But isn’t that we are all curious about? Isn’t this what all unfortunate children wonder? Aren’t we all unfortunate in our own worlds? Don’t you think your life was harder at some point in your life then anyone else? Come on, it’s okay to be honest. Even though Season of Migration mainly focuses on the teacher’s life, it also gives us a little insight on one of his students, Osman. Osman loses his mother while the teacher leaves his mother behind and an acquaintance of the teacher apparently moves back to the country for his sick mother. So until next time, another teacher leaves this village the season closes…