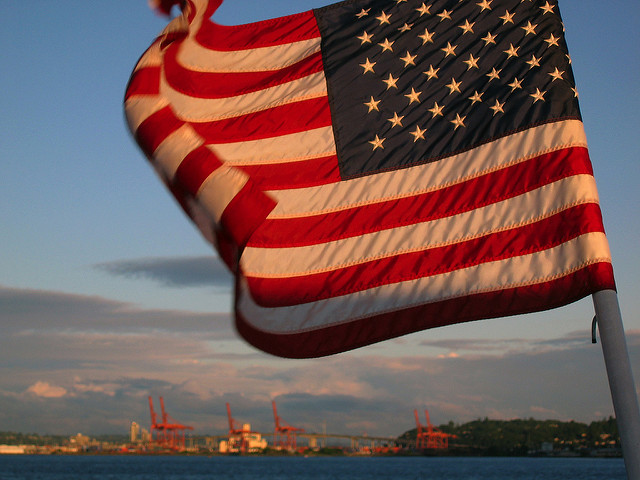 Captain of the USS Status Quo:

Having a radio show is stressful. That’s because if I want my show to be good, I have to stay plugged into a matrix of consistently cataclysmic content that is Al Jazeera, the BBC, and the CBC. The reality show that is the Planet Earth has gone wild like the girls and has me feeling naked and afraid.

I chuckled at dinner parties over Donald Trump’s initial bid for the Republican nomination.

I had myself a plate of charcuterie with an extra dollop of smugness when David Cameron put Brexit to the people.

Now that Boris Johnson is foreign secretary and the RNC has wrapped up, I’m eating some crow pie and laughing the way you laugh when you shouldn’t be laughing but are laughing, nervously.

Being a staunch believer that the end of the world isn’t coming around the corner seems to be a uniquely white thing to do. I live with the knowledge of racism without having directly experienced it. I benefit from globalism and all of the other isms (see capital, colonial) that came before them but am still critical of them. I could say that I’m not patting myself on the back for being one of the good white people but I am.

So seeing all of this upheaval across the world has me equal parts excited for potential change but incredibly salty over who is enacting it.

Indigenous people didn’t break free from colonial borders and create their own nation state, ISIS did.

Hillary Clinton, the first ever female United States presidential candidate (very cool) isn’t speaking out against the fucked up nature of global trade, Donald Trump is.

The world is on its worst behavior at the moment, and it has me cheering for what amounts to democratically elected monarchs in the USA and a barrel bombing monster in the Middle East.

For those of you reading this who don’t do politics, I’m here for you and for those of you who do, feel free to skip this paragraph because sports analogies are about to happen. The league has gotten to chaotic and stupid that I’m forced to cheer for the Patriots, The Blackhawks, and Real Madrid, despite these teams being the worst because they’re the best. I feel like I have no choice in the matter because the political equivalent of Johnny Manziel is 113 pounds wet, on the field high on crack, beating defenders to edge and throwing the ball 80 yards down the field.

It’s not that I’m afraid of change, it’s just that I hate the change that’s happening. Police brutality against people of color has no place in the society that most wish to live in. However systemic racism took hundreds of years to establish itself within the structural psyche of Western countries and by my estimation will take generations of working with the police to fully eradicate. Hopefully this will include harsher punishments for shooting/beating to death (mostly) unarmed people of color, and greater incentives for those within the police force to become community members and not community watchdogs.

And yes, it’s the pinnacle of white privilege to ask people to wait for the system to give out opportunity and justice to the marginalized. But change will be incremental and will not happen overnight. Change will not be created by the loudest people with all the answers, be them from the radical left or right. Change is going to achieved by creating consensus and unity, two things that have been thrown to the wayside in the bloody wake of 2016.

It’s not a stretch of the imagination to feel like we are on a sinking ship. People have already started jumping off the far port and starboard of the USS Status Quo. The USS Status Quo has a lot of flaws, and it feels like she’s hit an iceberg that we can only see the tip of. David Cameron is clearly the captain in this gratuitous, melodramatic Poseidon analogy.

The radical change that I could get behind in America was vetoed from the start by the Democratic National Committee. Democracy in the largest country to participate in the Arab Spring was suppressed by the military branch of Egypt in 2013. Boris Johnson is the man dignified leaders will shake the hand of when they wish to trade with Britain.

The cracked out Johnny Manziel is raining touchdowns on the political world. So we can be a part of radical change, go full nihilist and bust out the popcorn, or grit our fucking teeth and support Hillary Clinton and hope that 2017 isn’t the monumental shitshow that 2016 is.