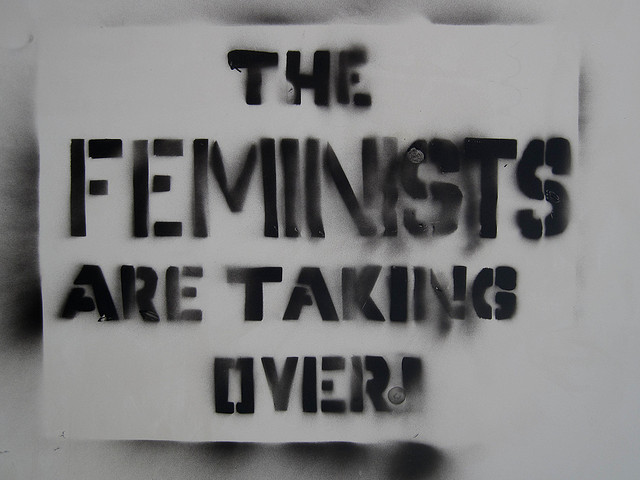 Leonie Poshai discusses the contemporary feminist movement, the thin line between ‘staying safe’ and ‘victim blaming’, and the real issues that ‘feminists’ are missing.

Can we, as women, as people, stop extending the parameters for what registers as a ‘feminist issue’ to areas where it is completely unnecessary? Can we take a brief second, before we start chanting ‘eff men, and eff society’, to objectively judge the situation, and rationally conclude whether or not  said issue is, in any way, related to the feminist agenda, and whether we are correctly applying concepts such as consent. Can we please recognise that every time we use that word for an unrelated topic, it delegitimises its use when an actual feminist issue presents itself?  That is to say, it would mean a lot more to label something a ‘feminist issue’, were we to not label every issue as a ‘feminist issue’.

Recently, a woman posted something on ‘Overheard at Lancaster’, warning on the dangers of running in the dark with your headphones in, music on full blast, as you are less aware of your surroundings. It must be said that the post was quite aggressive in tone, warning women not to be “delusional”. However, upon reading some of the responses to her post, I can honestly say I understand her anger and frustration. I could not contain my disbelief when one woman responded saying:

“Following previous posts I just want to give a piece of advice: girls, run if you want (even with headphones); boys, DON’T rape.”

Really? First of all, advising people to be safe is not the same as victim blaming, which many people confuse it for. There is a difference. In fact, they are not even remotely the same.

Are you honestly so naïve as to think that telling a sex attacker with the intention of committing a crime to “NOT rape”, will have any bearing on their actions?  For the purposes of this article, I am defining a sex attacker as a person who makes a conscious, pre-planned, or pre-meditated decision to attack someone, as opposed to someone who commits a crime without having ever entertained the idea of committing said crime. This distinction is purely for the purpose of clarity and I express absolutely no sympathy for either of the two characters.

The point I am trying to make, however, is that a sex attacker does not care about consent. He/ She knows that what they are doing is wrong. They are not lost or misinformed about the nature or importance of consent. The value of teaching consent lies only in teaching people who may, after the crime, say they honestly did not know they were committing a crime, or in people understanding they were a victim of crime.

The response that this woman gave, which was ‘liked’ by well over a hundred people, seems to me, utterly reckless and irresponsible. I am still lost as to why the advice to stay safe warranted such an outcry. I would hope every person, irrespective of sex, was at some point given this advice. Not because your parents or teachers had bought into the system of patriarchy, but because it’s very obvious.  I will make every effort to teach my children about the importance of consent, and how it is absolutely never the fault of the victim for being attacked. But I will also make damn sure they know how to stay safe.

In warning women to stay safe, she was not saying women are ‘asking for it’; rather, she was simply acknowledging that there are very nasty people in this world, and we should do our best to decrease our vulnerability. Had she given the exact same advice, in the same tone, with respect to non-sexual violence then nobody would have been shouting: “people, DON’T murder”. I’m sure the murderer who kills someone is aware that their victim values their life.  Advising people to be aware of their surroundings is not the same as saying make sure you wear running leggings, or joggers instead of shorts. She is simply acknowledging that someone who is determined to attack you is going to do so, but you being aware of your surroundings may mean you’re more likely to escape the situation unharmed.

By all means teach children in schools, and adults in the workplace, the importance of consent. But understand that this is a completely different situation to a man, or woman, who’s waiting for someone to attack.

The prevalence of misinformed feminists is probably the worst thing to happen to the feminist agenda since patriarchy. Often we are pushing for equality in places where there is no inequality, and fighting for solutions to problems that do not exist while ignoring the actual issues. A prime example is the non-issue of the pay-gap, which your everyday feminist seems absolutely obsessed with. It is true that a white woman earns 77 cents to the man’s dollar, and that the figure drops to 66 cents for black women, and 56 cents for Hispanic women. But it is not true, at least not in America (which seems to be the birthplace of this myth), that this gap exists for men and women working the same job. The reality is, aside from a 0.05% difference which amounts to $25 on a $50,000 salary, equal work does mean equal wages.

The real problem is that women are less likely to be promoted to managerial positions, or go into high paying careers, such as engineering. This problem is not addressed by the misinformed masses, blowing their feminist horns while chanting ‘equal pay for equal work’. The response to this is the probably non-sexist capitalist checking over his books, seeing that in his business women are paid the same as men and giving himself a well-deserved pat on the back. But, of course, this was not the issue, and in 20 years’ time the real issue will still exist because it was never addressed.

While it truly warms my heart that Emma Watson’s somewhat mediocre speech has brought the feminist agenda to the forefront, it would take no more than a day to properly educate oneself on the real issues at hand. And even less time to apply a little common-sense before sharpening the feminist spears to attack a woman who, I would argue, cares a great deal more about the safety of women than those shouting “don’t rape.”