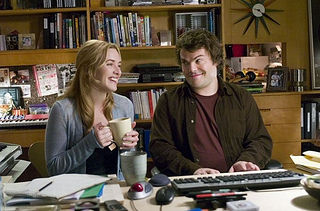 Trials and tribulations of being in like with your best friend, in youth.

The first mistake I made was falling seriously in like with one of my best friends. Arguably the second mistake was telling him – still debating whether this was a good idea. In my defence, I was drunk (sobering up, but drunk nonetheless). Also, a second defence – he said ‘same’. So I spent a couple of months thinking that, you know, this was going to be a thing. After talking till 3am most nights in the Easter holidays, I returned to university thinking that I’ll make a move. So, one night, I drunkenly told him that I’d wished I’d spent more time with him. He ignored this message. So, a few days later when I was drunk, I asked him why he ignored this message and he said that he feels the same why, but he just wants to be friends. (WHAT???). This resulted in me breaking down in the club toilets whilst my best friend threw toilet tissue at my face – she then took me back into the club to dance on the pole (classy, I know). Unfortunately, my pole dancing skills were lacking what with this upsetting news. It’s strange, but it literally felt like my heart had broken? I was devastated – I’d spent at least 5 months liking this guy, trusting this guy…something I can never do what with my trust issues, but that’s for another day. The next week, I decided that I didn’t want it to be awkward and I didn’t want to lose him as a friend because, frankly, I liked talking to him and he liked talking to me. So I talked to him (soberly this time) face to face, and we put everything out on the table. We’ve decided to be friends – it’s a weird arrangement, but we’re both okay with it. Kind of. I guess the moral of the story should be STOP GETTING DRUNK, right? But every time I have been drunk, I’ve felt confident enough to tell people how I feel – and that’s a pretty ‘strong independent woman’ thing to do. To be honest, when you tell someone you like them, you’re at your most vulnerable, but the fact that you were able to put yourself in that position – well, I guess that shows that you are strong enough to deal with that vulnerability and the repercussions. So, well, I’m not saying everyone should drink copious amounts of alcohol and tell the person they’re crushing on that they like them. Personally, since university I have been getting more confident. I’m not completely there yet, so I need a little liquid courage. And so, all in all, although I regret many drunken texts I’ve sent, I don’t regret anything that has happened with me and my guy. The fact that I’m calling him my guy might still be a bit…problematic. But whatever. I realise this is really personal, but I’ll bet many people can relate to it. Just don’t fall in serious like with your friend. Or, if you do, be ready to be patient, because maybe it will be like the movies and you’ll end up together. Well, more likely, you’ll stay really good friends, and date other people, and when someone else breaks your heart, they’ll be there to comfort you, as a really good (albeit complicated) friend. Basically, relationships are complicated and so is the human mind. But if you’re confident and a little selfless sometimes, you’ll feel all the better for it…in the long run (wink).